What is your club position?: Academy Manager 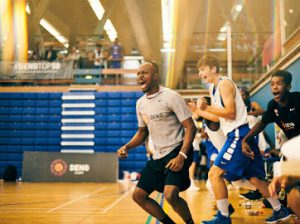 What is your playing number?: 2

How long have you been coaching at Knights for?: 9 years

When I’m not playing/ coaching basketball you will find me: Working out in the gym or in bed recovering from a long week

This year I will be coaching: Men’s NBL/U16 Girls Premier/U14 Boys Premier